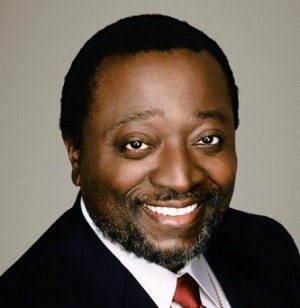 Pro Life Champion, Seasoned statesman. Alan Keyes spent 11 years with the U.S. State Department. He served in the U.S. Foreign Service and on the staff of the National Security Council before becoming Ronald Reagan’s ambassador to the United Nations Economic and Social Council, where he represented the interests of the United States in the U.N. General Assembly (1983-85). In 1985, he was appointed Assistant Secretary of State for International Organizations (1985-88).

A Genuine conservative leader, Keyes was President of Citizens Against Government Waste (1989-91) and founder of National Taxpayers’ Action Day. As the two-time Republican nominee for U.S. Senate in Maryland, he challenged liberal Democrats Paul Sarbanes (1988) and Barbara Mikulski (1992). In the 1996 and 2000 Republican presidential campaigns, Alan Keyes eloquently elevated the national political debate as a candidate for president. With his unequivocal pro-life, pro-family message, he forced the GOP leadership to address America’s moral crisis. His political views are consistently based on America’s founding ideals, those in the Declaration of Independence and U.S. Constitution.

Alan hosted his own syndicated radio show throughout the 1990s, America’s Wake-Up Call, and a television commentary show, Alan Keyes is Making Sense, during 2002 on MSNBC. He is currently writing books and speaking publicly on America’s moral crisis.

Well-educated leader. Keyes has a Ph.D. in government from Harvard and wrote his dissertation on constitutional theory. He served as Interim President of Alabama A&M University in 1991. He speaks French and Spanish and a little Russian and ancient Greek, and is the author of Masters of the Dream: The Strength and Betrayal of Black America (1995); and Our Character, Our Future: Reclaiming America’s Moral Destiny (1996).

Pro-life champion. Keyes has unashamedly and consistently raised the standard of unalienable rights–and Biblical truth–in defense of the unborn. Keyes confronts the culture of death with compelling and inspiring reasons why abortion must be banned from our land.

Dedicated family man. Keyes and his wife Jocelyn have three children: Francis, Maya, and Andrew. Alan’s stated purpose in life, like that of America’s Founders, is to provide a secure future for our posterity.

The US Constitution and I

America is Still the Land of the Free, Let's Keep it that way

"Alan Keyes delivered for us. We had our best banquet event ever! He has so much to give to the Pro Life movement."