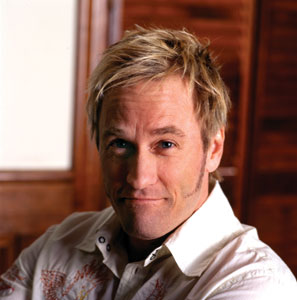 Brad Stine is the most media covered Christian comedian in the country. He had an 8 page profile written about him and his comedy in the New Yorker Magazine where he was referred to as “God’s Comic”.

He has four original DVD ‘s of his comedy, and has written two books “Live from middle America..rants from a red-state comedian” published by Hudson street press, and “Being a Christian without being an idiot”.

He is a weekly blogger with Beliefnet.com and has had material published in Readers Digest andFocus On the Family Magazine.

He has appeared in numerous films including “Poodle Springs” on HBO, Welcome to Paradise, Sarah’s Choice, and Christmas with a capital C.

He tours nationally on a regular basis performing in Clubs, churches, and fundraisers for Crisis pregnancy centers, ministries and conservative causes and candidates.