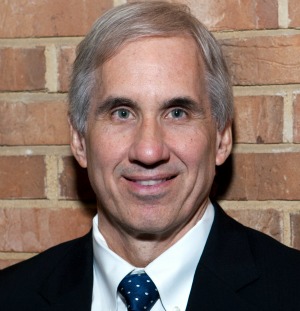 David Linbaugh's primarily involved in entertainment, business and contract law and is a nationally syndicated columnist with Creators Syndicate. He is a public speaker, addressing various topics that include the Constitution, America’s Christian heritage, and political and cultural issues from a conservative perspective.

David is the author of four New York Times best-selling books, Absolute Power, The Legacy Of Corruption In The Clinton-Reno Justice Department, which was on the New York Times Bestseller List for ten weeks, making it number two at its high point, Persecution: How Liberals are Waging War Against Christianity, Bankrupt, and his latest: Crimes Against Liberty, an Indictment of President Barak Obama, which was number 1 on the New York Times list for non-fiction for two weeks.

David Limbaugh was born in Cape Girardeau, Missouri, Dec. 11, 1952, to Rush H. Limbaugh, Jr. and Mildred Armstrong Limbaugh. He has been married to Lisa Limbaugh since 1986, and they have five children, three daughters, Christen, Courtney, and Caitlyn, and a two sons, Scott and Will.

He was admitted to the Missouri Bar in 1978 and began practicing law in September 1978 and has continued in practice since. He is presently a partner in the law firm of Limbaugh, Russell, Payne and Howard, serves on the Sports and Entertainment Law Committee of the Missouri Bar and is a Disciplinary Hearing Officer for the 32nd Circuit Judicial Ethics Committee.

David has been active in community service, having served as a member of the Cape Girardeau City Council for eight years, and since 1993 he has the Board of Trustees for Southeast Missouri Hospital and served on its Executive Committee for many years. He is a member of Lacroix United Methodist Church.

Political and cultural Issues from a Conservative Perspective

"David exceeded our expectations. He was engaging, powerful and delivered an excellent program."

The Legacy Of Corruption In The Clinton-Reno Justice Department

Persecution: How Liberals are Waging War Against Christianity

Crimes Against Liberty, an Indictment of President Barak Obama