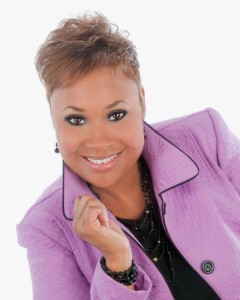 Jessica Ann Tyson has an incredible story that she is more than willing to share. New to speaking on the prolife circuit, Tyson's energy and fresh perspective has made her a sought after speaker. Being born an identical twin to a single mother with substance abuse, she shares the story of life, trails, and challenges. Adoption, maturity, and true forgiveness have allowed her to ‘live on purpose’. She is well received as both genuine and authentic as organizations can utilize her story of triumph to help reach minority groups. She has enjoyed emceeing and many speaking engagements various to right to life groups.

In 2010 she was appointed as the Michigan President of The Frederick Douglass Foundation and PAC by the national chairman and vice chairman of the organization. One of the core principles of the FDF is uphold the sanity of life. 2011 she humbly accepted the national appointment as a Life Ambassador for the Care Net Urban Initiative and serves as the assistant secretary for its leadership council.

Jessica Ann Tyson is the owner of an award winning event planning firm based in Grand Rapids, Michigan. She also has received much recognition and many awards for achievements as an active volunteer servicing her community; including being listed as a ’50 Most Influential Women’.

She has been happily married to Mr. L. Craig Tyson II since 1999. Together they have a beautiful little girl named Caitlyn. Tyson also has a son from a previous marriage, Stacey, who proudly serves our country in the United States Navy.

Living a Life with Purpose

"Jessica Ann Tyson was a great choice for our banquet. She engaged the audience and made us laugh and cry.  We really appreciate havinh her."