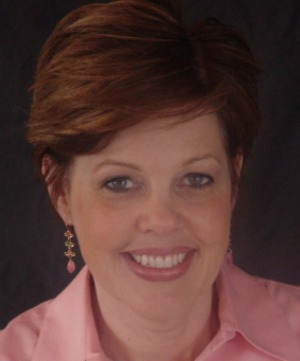 Jill Stanek was a registered nurse in the Labor & Delivery Department at Christ Hospital in Oak Lawn, IL. She discovered not only were abortions being committed there, but babies were being aborted alive to die without medical care.

When hospital leaders said that they would not stop, Stanek went public and has become a national figure in the effort to protect both born and pre-born infants.

Stanket has now testified twice before the Judiciary Constitution Subcommittee of the U.S. House of Representatives and in several state legislatures.  Her written testimony has been read several times in key U.S. Congressional debates on the Partial Birth Abortion Ban and Born Alive Infants Protection Act. She remained at the hospital fighting the fight from the inside, until she was terminated in 2001 for reasons related to her public outspokenness to its abortion practices.

On August 5, 2002, President George W. Bush invited Stanket to his signing of the Born Alive Infants Protection Act, which protects live aborted children from infanticide. Jill Stanet was honored to be publicly thanked for her help with the bill by the President during his speech.

In January 2003, World Magazine named her as one of the 30 most prominent pro-life leaders in the movement over the past 30 years.  On November 5, 2003, President Bush invited Jill Stanek to his signing of the Partial Birth Abortion Ban, which protects partially delivered babies from being killed by abortion.

In January 2009, Jill was recipient of the prestigious Life Prizes Award by the Gerard Foundation.

Jill Stanek oversees her own blog, jillstanek.com, the top ranking pro-life blog in the U.S..

For her pro-life writing MSNBC’s liberal commentator Keith Olbermann named Jill Stanek as the “Worst Person in the World!,” on June 4, 2009, a badge of honor she proudly wears. In 2011 News Real Blog named Jill one of the “Top Ten Enemies the Pro-Abortion Left Fears.”

Jill Stanekis a member of Parkview Christian Church in Orland Park, IL. She is wife to Rich, mother to three children, and grandmother to eight grandsons. She has addressed many groups at the local, regional, and national levels sharing her testimony and giving an insider’s view to the atrocity of abortion.

The Future of the ProLife Movement

"Jill's presentation was powerful!  She is definitely doing the work of the Lord and his effort will not go unnoticed."