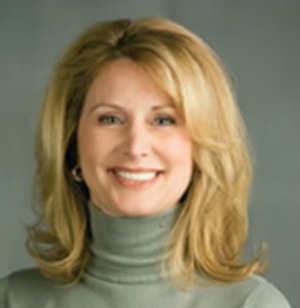 Melanie Morgan is an award-winning radio personality with deep roots in the conservative movement. She is best known for her work on pro-troops activity during the war on terror, but has a wide range of activism from the conservative point of view.

Her speech will focus on “The Politics of Life: Why Liberals Bow to the Culture of Death.” She will discuss the strong lobbies that buy leftist politicians and keep even some more pro-life folks quiet.

For almost 15 years, Morgan was co-host of the Lee Rodgers and Melanie Morgan show on KSFO 560 AM, San Francisco, the top morning show in the Bay Area. Morgan used her base at KSFO to launch the recall of Governor Gray Davis, which earned her the name “Mother of the Recall.”

Morgan, never one to rest on her laurels, co-founded Move America Forward, the nation’s largest grassroots, protroops nonprofit. She took on the likes of anti-war activist Cindy Sheehan as she protested outside of President Bush’s Crawford Ranch, and Code Pink, which tried to shut down a Marine recruiting station in Berkeley, Calif. Morgan has traveled to the Iraq war zone to report on the truth of the good work U.S. troops perform there.

Morgan was recruited for a syndicated radio show out of Washington D.C., at which she often made news while interviewing America’s most high-profile politicians and personalities.

Morgan has traveled throughout the United States to campaign for conservative candidates for Congress and was a frequent guest on Fox News Channel, CNN, MSNBC, NBC, ABC and CBS. She also has appeared on the BBC and in newspapers and broadcasts worldwide.

In 2010, Morgan saw an opening to help conservative candidates for Congress and joined hands launched Warriors for Congress, a PAC project by Morgan & Moy Communications.

She continues her work for constitutional projects and no where in the Constitution does she see a right to kill unborn children.

The Politics of Life: Why Liberals Bow to the Culture of Death

Protecting the America We All Love

"Melanie was great.  I can't not thank enough your organization for recommending her.  She was motivating, inspiring and educational... all we could expect from a great speaker."