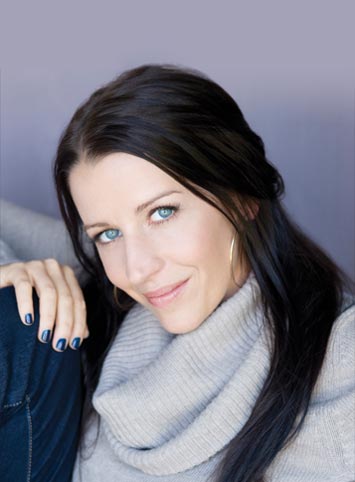 Pattie Mallette grew up in Stratford, Ontario overcoming unimaginable obstacles in the face of abuse, poverty and an unexpected teen pregnancy. She now uses her voice to inspire others as a bestselling author, producer and influential speaker.

In 2012, Mallette published her memoir, Nowhere But Up, which became a New York Times bestseller within the first week of its release. As an executive producer she worked on “Crescendo,” a short film that received 11 international film festival honors prior to its premier in February 2013. Proceeds of “Crescendo” are being used to support crisis pregnancy centers worldwide, a passion of Pattie’s that grew from her own experience. As a single parent at 18, Mallette was personally assisted by a center, which despite her difficult circumstances enabled her to be the best mother possible to her son, Justin.

Continuing her desire to help others give voice to their own stories, Mallette became an executive producer of “Renee,” starring Kat Dennings. Set to release in winter 2013, the feature film is inspired by the true story behind the global movement To Write Love on Her Arms.

Pattie Mallette recently launched her foundation called Round 2, which seeks to offer a second chance to those who have been knocked down by providing assistance and resources to those in distress.

Travels from
Client Feedback
Books by this Speaker