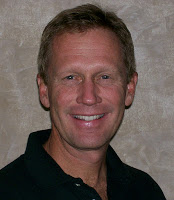 A graduate of the United States Naval Academy, where he earned a Bachelor of Science in Aerospace Engineering, Robert Perry served in the U.S. Marine Corps for eight years as a Naval Aviator flying the AV-8B Harrier tactical jet. For the past twenty-one years, he has continued his flying career in the civilian world and now serves as a Captain for a major U.S. airline.

After earning a Masters Degree in Christian Apologetics (Highest Honors) from Biola University, Perry began to put that training to work. His approach to ministry draws from all facets of his background to combine clear-thinking, with lessons learned during his aviation career to provide a distinctive, upbeat, passionately delivered defense of the Christian worldview in general and the pro-life view in particular.

Perry has addressed adult church groups on every kind of apologetic topic; lectured on intelligent design issues for high school advanced biology students; and spoken for college student groups on campus at the University of Cincinnati. He serves as a certified apologist and instructor for organizations such as the scientific apologetics ministry of Reasons To Believe and the high school and college student-focused CrossExamined.org. He also serves on the Board of Directors for Cincinnati Christian Schools.

Perry has been married to his high school sweetheart for 24 years and has five sons, ages 13 to 22. He has been published in national magazines and is working on a book that combines his aviation background with his passion for Christian apologetics. His family resides in the northern suburbs of Cincinnati, Ohio.

Inspiring a New Generation of Leaders

America, still the City on the Hill

"I consider Bob Perry one of the most insightful lay apologists I have ever met. I can't wait until he can lay aside his airline captain status and start leading Christians out of the intellectual wilderness. This man is exactly the kind of Christian you want defending the faith."