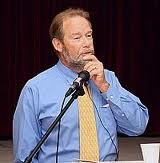 Steve Mosher is recognized as one of the leading authorities on population studies. He is the author of several books and articles. Steven W. Mosher is an internationally recognized authority on China and population issues, as well as an acclaimed author, speaker.

He has worked tirelessly since 1979 to fight coercive population control programs and has helped hundreds of thousands of women and families worldwide over the years.  In 1979, Steven was the first American social scientist to visit mainland China. He was invited there by the Chinese government, where he had access to government documents and actually witnessed women being forced to have abortions under the new “one-child policy.”

Mosher was a pro-choice atheist at the time, but witnessing these traumatic abortions led him to reconsider his convictions and to eventually become a practicing, pro-life Roman Catholic. Mosher has appeared numerous times before Congress as an expert in world population, China, and human rights abuses. He has also made TV appearances on Good Morning America, 60 Minutes, The Today Show, 20/20, FOX and CNN news, as well as being a regular guest on talk radio shows across the nation.

Steven Mosher lives in Virginia with his wife, Vera, and their nine children.

Hegemon: China’s Plan to Dominate Asia and the World

A Mother’s Ordeal: One Woman’s Fight Against China’s One-Child Policy.

Hegemon: China’s Plan to Dominate Asia and the World

Journey to the Forbidden China